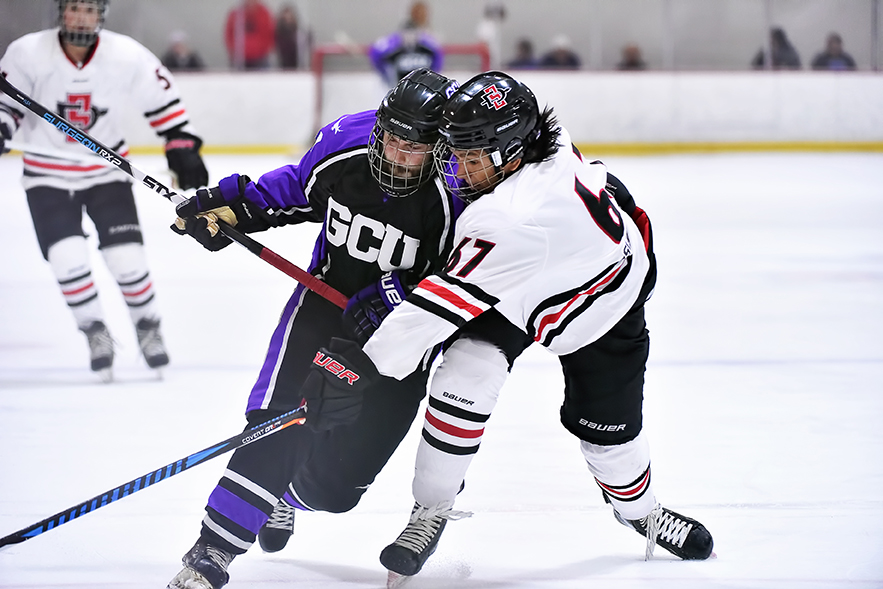 This was a hard fought game which ended with GCU winning in a 3-2 overtime shootout giving SDSU their first loss of the season. The game was marred as the first goal by GCU was scored on SDSU goalie, Austin Hathcoat, as he was covering the puck inside his crease and was run into by a GCU winger causing the puck to become dislodged and crossing the goal line. Any other officiating crew would have called goalie interference and waved off the goal. On the bright side SDSU outplayed GCU most of the game and will look forward to a rematch.